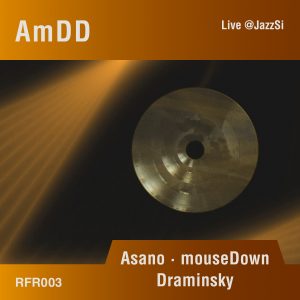 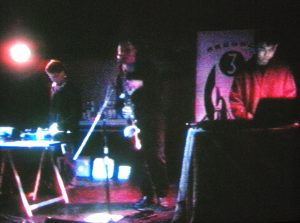 More information on the performers:
KOJI ASANO laptop performer and composer now based in Tokyo, has released 60+ albums and performed in more than 20 countries. His original music range from orchestral works to live electroacoustic improvisations.

mouseDOWN is Salva Coromina, a DJ and producer from Barcelona linked to the electronic music scene since the 90s, his styles range from Techno to ambient and experimental music.

AmDD is available for streaming and download from your favourite online store. Click for direct link to iTunes, Spotify, Deezer & Amazon.